Sleep comes, and the eyes move rapidly behind closed lids. Half-digested thoughts merge into visions both alien and familiar. In these dreams and nightmares, the mind is free to build from memories and from things that never were. Howling Sycamore invoke these surreal landscapes on their debut LP, through songs that travel down unexpected paths, infused with the dread that makes our night terrors so vivid.

Beginning with the appropriately named “Upended,” the album showcases the band’s captivating chaos. Jason McMaster’s vocals shift abruptly between styles, ranging from rasping falsetto to a more theatrical power metal sound rarely heard in the extreme genres. Before listeners can make sense of this odd pairing, a tortured saxophone (courtesy of Yakuza’s Bruce Lamont) erupts in the foreground; it’s an overwhelming, claustrophobic moment that works due to its brevity. Howling Sycamore avoid the pitfall of disjointed songwriting (endemic to the prog genre) by keeping their experiments concise, and weaving constants throughout the album’s runtime.

One such constant is Davide Tiso’s simple, effective riffs that form the backbone of these songs. Down-tuned guitars drone in the distance, more focused on creating atmosphere than stealing attention with flashy techniques. While never overtly intricate on their own, Tiso’s riffs are layered in the studio, creating a massive, imposing sound. The first two tracks, “Upended” and “Obstinate Pace” display a death metal influence in their tremolo picking, while “Let Fall” and “Midway” move at a mid-paced tempo. “Let Fall” in particular experiments with rhythm, transitioning from a triumphant wall of sound to the crawl of doom metal without breaking stride.

No matter the speed of the song, Hannes Grossmann’s refined drumming complements Tiso’s accessible style. The dry, open production of the album allows every nuance of his playing to shine through, even when blastbeats come into play. From the parade of ghost notes that introduces “Descent to Light” to the dextrous cymbal work during the breakdown in “Midway,” Grossmann shows his flexibility behind the kit. 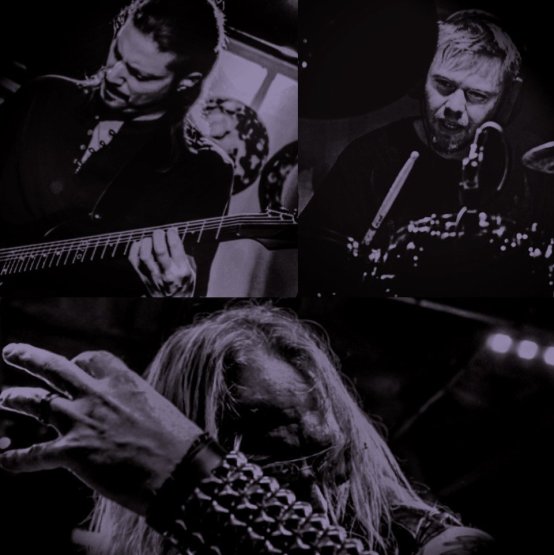 While the individual performances on this album are impressive in their own right, it’s the way the instruments interact with the vocals and lyrics that sets Howling Sycamore apart from their contemporaries. The narrative portion of extreme metal often seems vestigial—the growled and shrieked vocals acting more as additional percussion than a vehicle for story. McMaster’s clear enunciation adds an immediacy to the songs, inviting listeners into the band’s twisted mythos.

The sycamore mentioned throughout the album becomes an esoteric symbol, an entity that beckons from just beyond the reach of understanding. In “Let Fall,” Tiso’s eerie, chiming melodies repeat ad nauseam while McMaster sings “ghostly sycamore…shine for me like those feral eyes at night.” This repetition, along with the otherworldly imagery, creates a ritualistic aura that hangs like a fog over the music. The album highlight “Chant of Stillness” unfolds like a ceremony, removing the drums (and the sense of motion they provide) entirely. In their place, McMaster’s voice is backed only by sparse chords and somber acoustic fingerpicking. His words convey a transition between states—dreaming and waking, living and dying, knowing and unknowing.

With a shock, the nightmare ends, unraveling as we grasp for reality and for our loved ones. Only the most perverse and haunting images remain for our reflection: where did these thoughts come from? What do they mean? Howling Sycamore collect these details and arrange them in musical form, for any who would wish to hear them.